This is not a game about rolling dice.

This is a game about dicing everyone else as a die.

WILDLY SWING your mouse to ROLL THE THING THAT DICES (your sword).

Note: The game's probably impossible on a laptop trackpad as it requires you to make pretty wild mouse movements. As such, exercise caution while playing!

Technically supports smartphones and touchpads (replace "left mouse button" with "taps") but it's clumsy. Do it if you dare.

This is the stupidest game in this jam I've seen. the gameplay is absolutely braindead, and the gunners spawn at the bottoms of the screens. The graphics looks like they were made by a 3 year old, and the fact that you can spin in circles to survive forever is absolutely broken.

that said, when are we getting a sequel?

Jokes aside though, I would genuinely love to see an expanded version. I could see this being a full on beat-em-up style game with abilities(a slow motion ability would be incredibly cool). Maybe even something like different weapons, that would be very cool.

(The game was designed as the most literal interpretation of the jam’s theme, as well as a tribute to the self-aware, crudely drawn games of 2000’s Newgrounds. I don’t know if I’ll ever expand it and how, as it’s a very dumb game, but if I ever do I’ll let you know)

The premise and intro were brilliant. I practically lost it when the music started playing.

Amazing game, the art is hilarious, the music perfectly matches the game, and the gameplay is the most unique out of any I've seen in this jam.

Utterly glorious. What an amazing game. 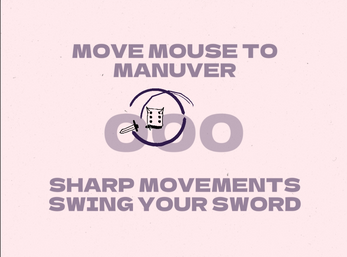 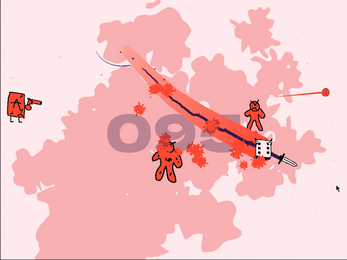 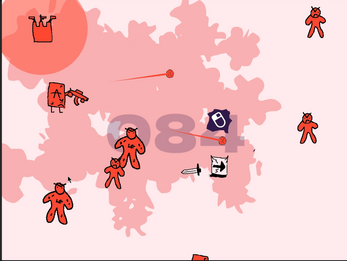 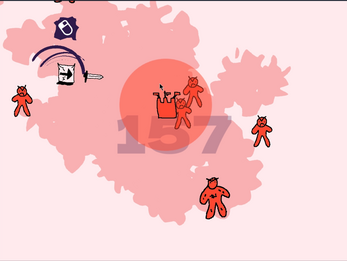 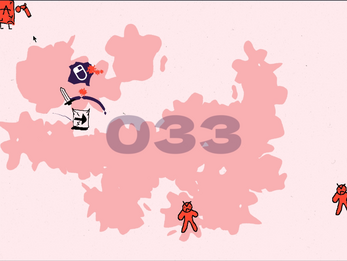